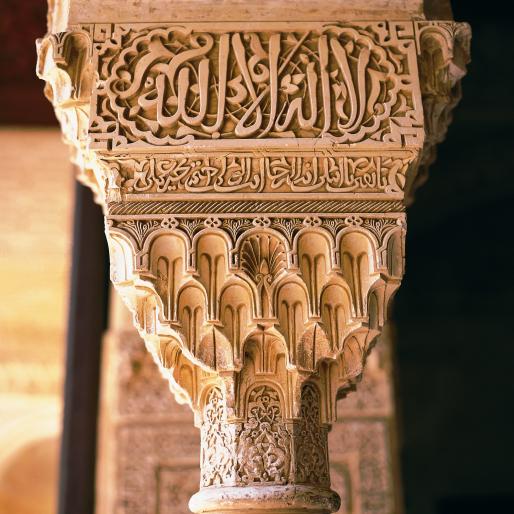 Our europe incoming team propose you an incredible holidays in such beautiful and various of Spanish cities and landscapes is hard to beat! Architectural marvels and cultural riches, traditions and folklore abound as we take you from Madrid and Castile, to Seville and Granada in Andalucía in the south, then up to the Costa del Azahar, Valencia and her orchards, and finally up to Catalan country and Barcelona. Discover the Iberian peninsula.

Guided sightseeing tour of the Spanish capital taking in the main square the “Plaza Mayor”, the Puerta del Sol- Madrid’s favourite and most central square, and the Descalzas Reales Convent.  Dinner and overnight in the Madrid region.

Travel to the Escorial, an impressive monastery perched at 1065 metres on the southern side of the Guadarrama mountain chain. Visit the Royal apartments and the pantheon where all the Kings and Queens of Spain have been buried since Charles V. On to Avila for lunch then a guided tour of the town synonymous with Saint Theresa. Dinner and overnight in Toledo.

Guided tour of Toledo old town: a labyrinth of narrow paved and cobbled streets, dominated by the majestic Gothic style Cathedral, but also Santo Tomé church, the synagogue and the not to be missed craftsmen’s boutiques specializing in inlaid objects. Lunch then leave for Cordoba crossing the La Mancha plain, with its endless cornfields, emblematic windmills, and the savage beauty of the Despenapenos Canyon. Dinner and overnight in Cordoba.

Guided tour of the old town of Cordoba, where flower-filled balconies overlook the myriad alleys, countless whitewashed patios, and little squares that surround the monumental Cathedral-Mosque. Lunch then on to Seville. Dinner and Flamenco Show. Overnight in Seville.

Sightseeing tour of Seville, Andalucia’s capital with its famous Cathedral, the Giralda – onetime Moorish minaret and now Bell Tower, and the Alcazar Palace inspired by Granada’s Alhambra. Visit the Flamenco Museum before lunch. Then on to Granada. Dinner and overnight in Granada.

Guided tour of Granada visiting the Alhambra Palace, the supreme example of Moorish art in Spain, the Alcazar Castle, and the Generalife summer palace with its wonderful gardens and terraces. Lunch then on towards the Costa Blanca. Dinner and overnight in the region of Murcia.

Elche Palm Grove is our first halt of the day, with its’ unique collection of some 300,000 hundred year old specimens. After your guided tour, we head for Alicante, a popular seaside resort on the Costa Blanca. Lunch in Benidorm then we follow the coast road north towards Valencia. Dinner and overnight in Valencia.

Valencia, with its old town and fortified gates, cathedral and “Miguelete” Bell Tower makes for an enjoyable tour. Your guided tour also takes in the Generalidad Palace, today the seat of Regional government, and the late Gothic style “Lonja de la Seda” or old Silk Exchange. After a paella lunch we visit the Fallero Museum recounting the history of one of Valencia’s oldest traditions, the “Fallas”. Dinner and overnight in the region of Peniscola.

Our itinerary takes us across the Ebro Delta National Park via Tortosa. Stop at Tarragona to admire its Roman architecture before continuing to Barcelona. Guided tour of the Catalan capital, including the Sagrada Familia Cathedral, Parc Guell, and Montjuich hill with its fountains and numerous other attractions. Dinner and overnight in Barcelona.

Our selection of Coach “Grand tours”,